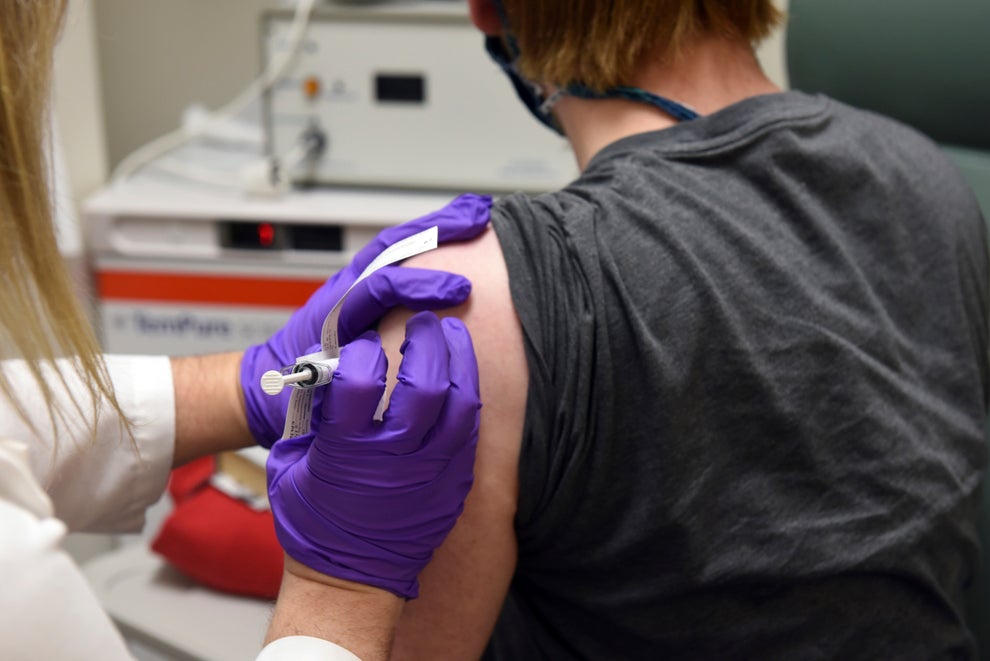 Results from the Oxford vaccine  trials may be less than a month away and it could still play a key part in ending the pandemic in the UK.

The Government has pre-ordered 100 million doses of the potential vaccine being developed by scientists at Oxford university and UK drugs firm AstraZeneca.

Interim findings from phase-3 trials are expected by “early December” if global trials, including in the UK, continue to see volunteers catching covid — enabling scientists to check that the vaccine is able to defeat the virus.

Professor Andrew Pollard, director of the Oxford Vaccine Group, said yesterday’s breakthrough for the Pfizer and BioNTech vaccine showed for the first time that it was possible to make a covid vaccine. He added: “Ideally we need several of these to be successful for the best possible results for humanity.”

The Oxford vaccine is being trialled in countries including the US, Brazil and South Africa.

Professor Pollard told the Standard: “We are still hoping that we will be able to do the same sort of thing as Pfizer, do an interim look, before the end of the year. We are obviously going full speed to do that. But the science has to take its course. The combination of science and also the huge logistical challenge of pulling all the data together that will take some time to do. But we are making very good progress.

“I’m reasonably confident that we should get there before the end of the year, sadly because there is obviously so much disease in the various countries we are working [in].”

He declined to put a timetable for the phase-3 trial results.

The UK has secured early access to about 340 million vaccine doses from six potential candidates, including  40 million doses of the Pfizer vaccine, which requires two jabs per person 21 days apart — potentially giving immunity 28 days after the first injection.